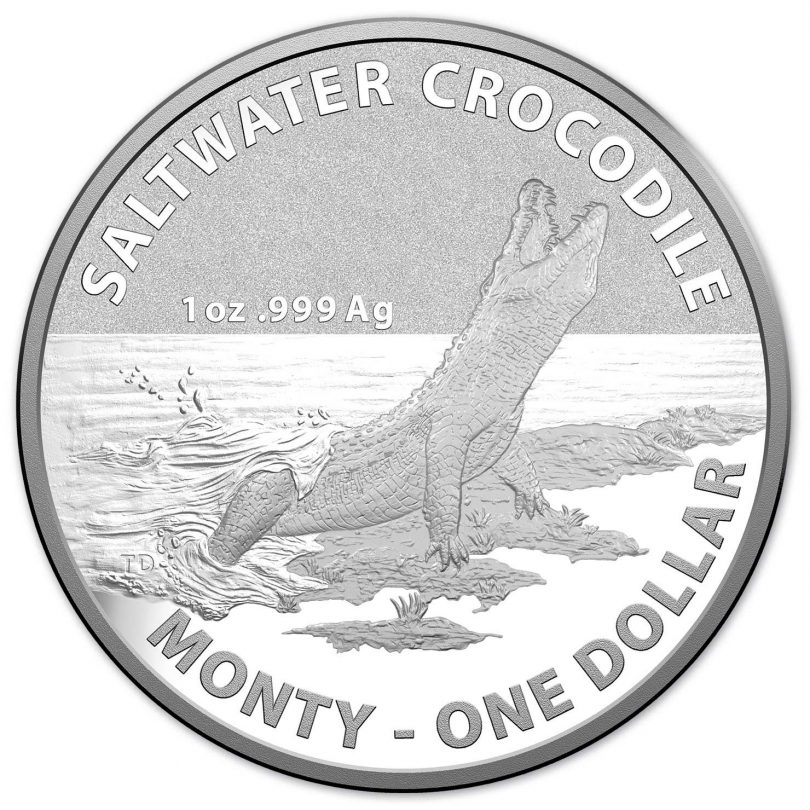 Bad news for friends of Australian silver coins: After the sudden termination of the popular “Stockhorse” series of the Perth Mint, the second Australian coin producer scraps a popular series before the planned date: the “Saltwater Crocodile” silver coins will not appear as planned in 2017. Originally the series was supposed to appear for twelve years with one edition per year.

The saltwater crocodile series was a joint project of a German precious metal dealer with the Royal Australian Mint and the Australia Zoo. In 2013, the crocodile “Bindi” was seen on the coins, in 2014 an animal named “Graham” was depicted. The co-operation with the zoo will, however, be continued after the end of the Saltwater Crocodile series: In the year 2017, a coin with the portrait of “Archie the Alpine Dingo”, another inhabitant of the zoo, was introduced.

But the future of the Zoo series is unclear. Just a few days ago, a document was published by the Australian government describing the embossing program for 2018 in detail. There are no new collector’s coins listed here, instead of 2018 a new 1.5 ounce silver coin will be launched: The “Australian Freshwater Crocodile”.