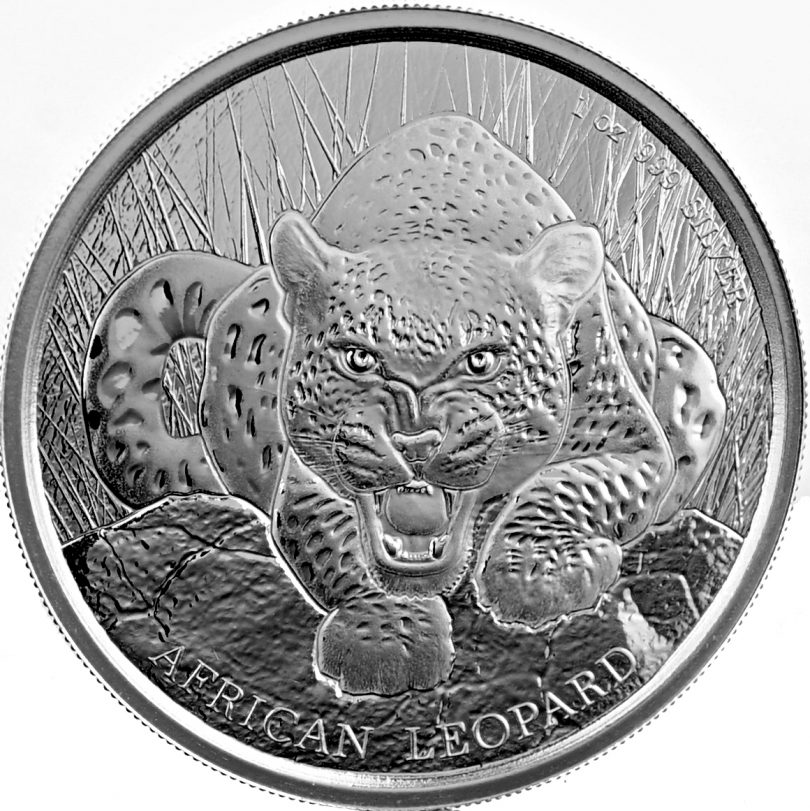 After the iguanas and fish, the private mint facility “Scottsdale Mint” from the US state of Arizona has introduced a new coin series: Under the flag of Ghana, the mint will distribute the “African Leopard” as a silver bullion coin. As in the case of the previous silver investment coins of the Scottsdale Mint, the circulation is only 50,000 pieces.

The back of the new animal coin shows an aggressive leopard, which apparently falls straight on an unsuspecting booty. The animal is presented in detail, the fine transition between the leopard and the coin background is striking – both surfaces shine like start. On the front, the standards (the year of issue, country, weight and nominal value) are listed. Especially interesting is the leopard spot pattern which the Scottsdale Mint has brought to the value side of the coin.