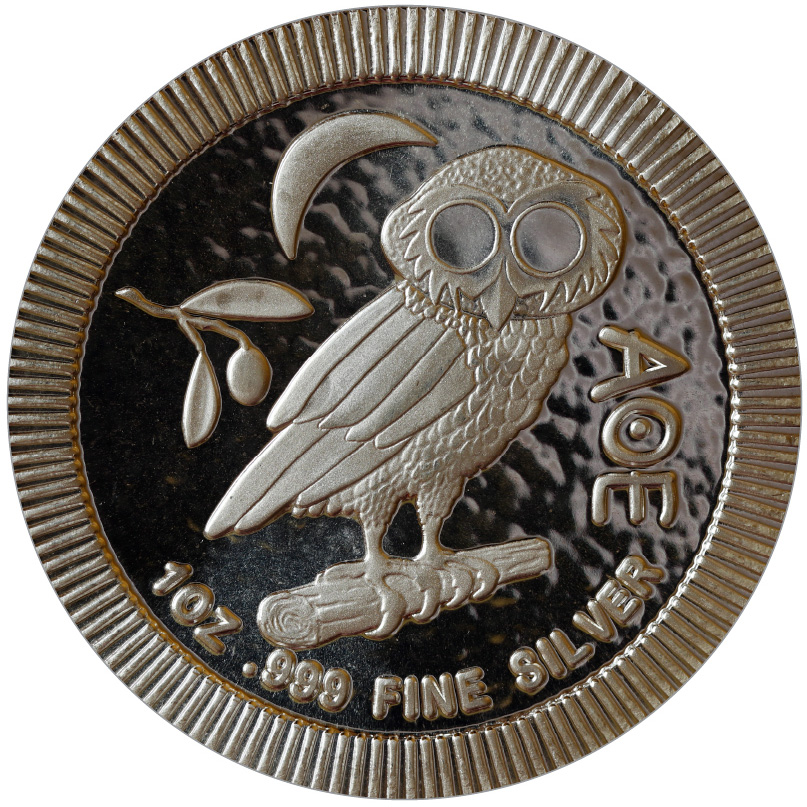 Since the beginning of the year silver has experienced an increas in value by nine percent and further proves itself as an attractive investment. The increased demand for larger amounts of silver by investors calls for new solutions by the mints.

In addition to the XXL coins the new “Stacker” coins of the island state Niue meet this demand. The precious metals trader “MP Edelmetalle” introduces the first coin of its kind with the motif of the owl on its blog: This innovative coin shape offers a detailed “High Relief” version as well as a notched edge, which facilitates the stacking of coins and thus allows the stable storage of the coin stacks in the vault.

By this clever stacking technique the coins can be easily and safely stacked to a little tower, which can be stored in this form stably in a vault. The coins are produced under the flag of Niue on behalf of SilverTowne. The private coin trader from the United States has existed since 1949.

However, the coin is interesting not only for its stacker technology but also delights by its splendid design: the tetradrachm with the motif of the owl of Athens is already known by many other coins in the world, most recently it was coined by Greece on the one euro coin a million times. Once, the Tetradrachme used to be the most important trade coin in the world, which stood for strength, wisdom and insight.

Niue has greatly expanded its minting program in the silver area in recent years and is an insidertip in the coin collector scene. Many coins from Niue are produced at the New Zealand Mint. Wit the stacker coins Niue now provides an alternative to the bars of silver to one kilogram and XXL coins.