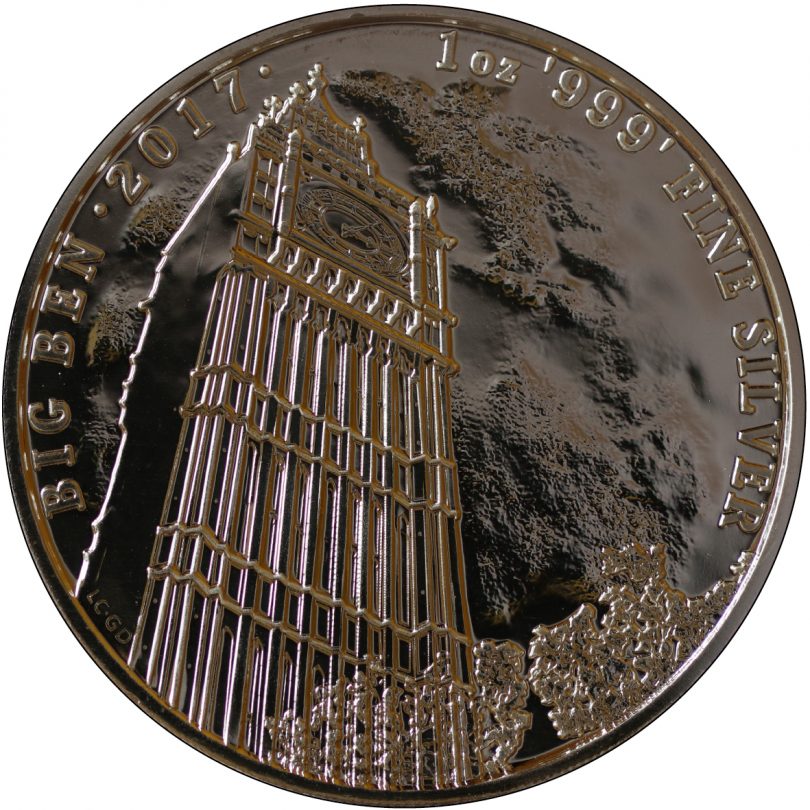 For decades, the Royal Mint of Britain had stood in the shadows in the global bullion market, but has since then earned a permanent place in the precious metal scene with the Britannia, Lunar series and the Queen’s Beasts. And now the mint from Wales comes out with a real surprise: A four-coin series from the bullion department of the Royal Mint features “Landmarks of Britain” and is aimed at collectors and investors alike.

Die-hard UK fans know the motives already, a set of the same name already appeared in 2014, but these editions were pure collector coins. The nominal value was 100 British pounds. Now the Mint has brought out the design again and published a silver ounces with a circulation of only 50,000 pieces. The price is slightly above Britannia and Lunar, but an increase in value is most likely due to the small mintage.

The series was launched with the Big Ben and will be continued with the following sights: Buckingham Palace, Tower Bridge and Trafalgar Square. On the first coin of the series, the famous tower of the Houses of Parliament are to be seen which crown the skyline of the Houses of Parliament on the north end. The clock is affectionately called  “Big Ben” by tourists, but this is actually the name of the great bell inside the tower.